She doesn’t want to become a victim to showbiz and she sings about that in her very first publicly presented song “Stupid Doll”, in which she strikes at the inauthentic glitter of the celebrity world. However, there’s no getting around the paradox here, since young singer and songwriter Valerie Vachlerová made a music video for her song which is unique in many ways, whether it be the exceptional budget for Czech conditions or the amount of time spent on preparing for it and the way it was filmed. Due to the special effects demands, the video was shot for several days simultaneously in two studios independently of each other. If regular fees and space and equipment rental had applied to making the video, it would have quickly become one of the most expensive Czech music videos of the last decades.

Petr Vachler, the young singer’s father, took charge of the production, direction and script of the video. Over the course of less than four minutes, Valerie completely changes her appearance eight times, and at a few moments, viewers will see her onstage in all her appearances at once. She was assisted by a team of professionals: wardrobe supervisor Lenka Pavlů and beautician Zuzana Machalová in collaboration with Make-Up Institute Prague. Dancers from the school of well-known Yemi A.D., Tereza Palanová and Markéta Maki Kafková, helped Valerie with the choreography. The whole video was shot at the Pokrok studios and post-production was also done at Pokrok. 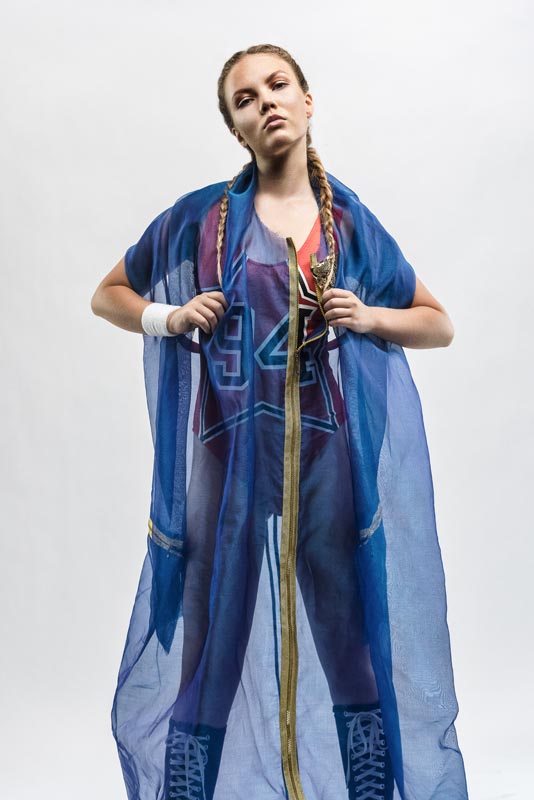 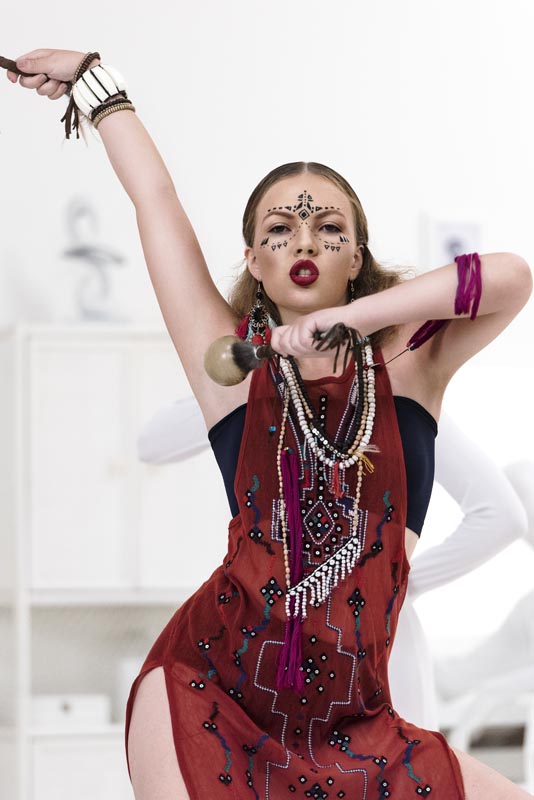 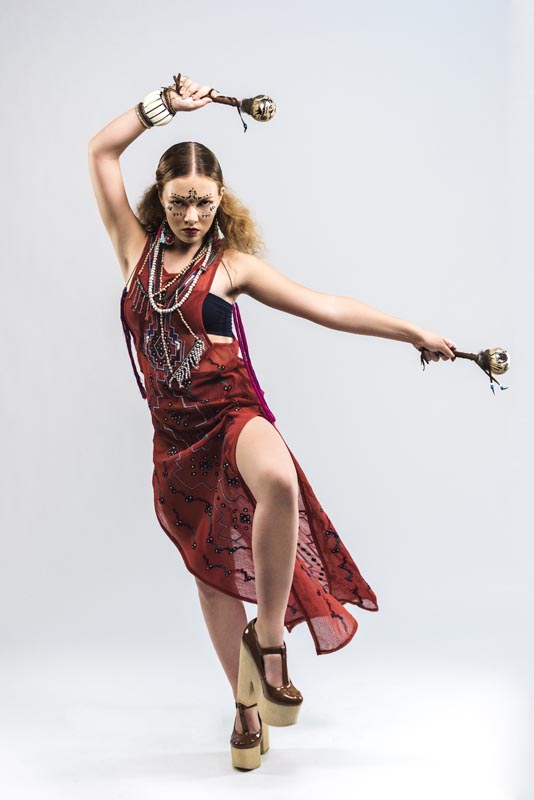 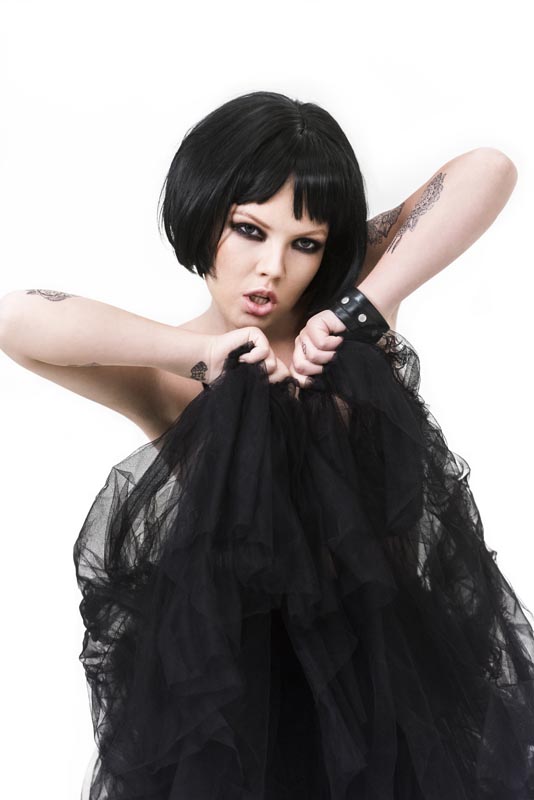 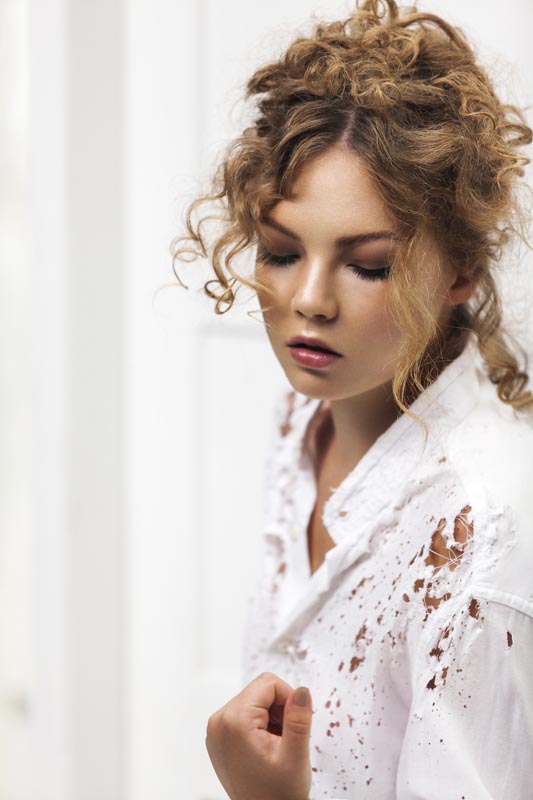 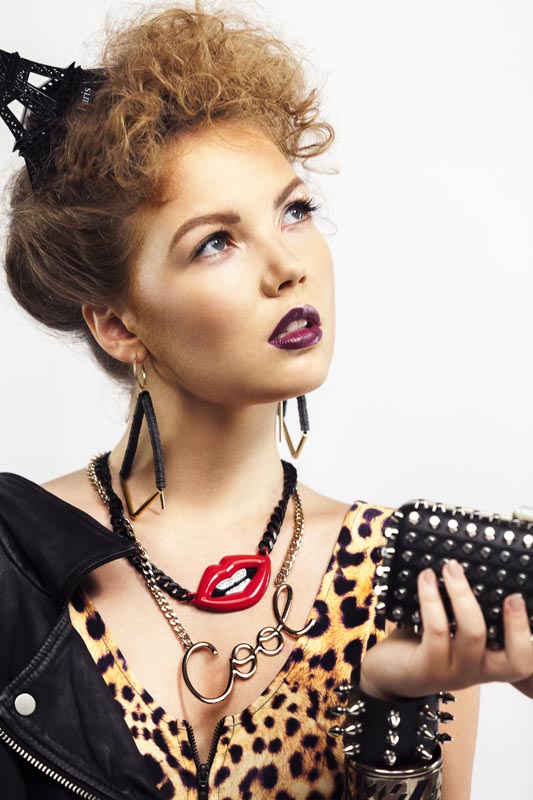 As Valerie explains, “I don’t want to be a stupid doll, who has to look her best in front of others. This video, where I can be seen in different appearances, should paradoxically say that all of this is not me…” Since childhood, she has done dance, an activity that then brought her to music. She wrote her first song, “True Face” (which will serve as her second music video, now in production) when she was only 13, and she has gradually been working on her singing and improving her English. She wrote “Stupid Doll” on her computer and arranger Yarda Helešic, a former member of Support Lesbiens, helped her refine the results. Valerie has also collaborated with Yarda on other songs. Apart from her natural appearance, Valerie adopted eight different identities during the making of “Stupid Doll”, such as a female athlete, a Native American woman, a frilly girl in a pink dress, and an Asian woman from manga comics… As she says, it wasn’t hard  at all for her to perform as these “top girls”, because she sees them all around her. “I remember that when I was standing there in extravagant costumes and I heard ‘action’, my ego definitely grew… This world of dissembling and pretending can quickly swallow you up and that’s why I parody it.”

The director of Make-Up Institute Prague, Markéta Davidovič, also collaborated on the preparations for the two-day shoot. This head of a professional studio, who raises her own young talents, praises the collaboration with singer Valerie and director Petr Vachler. “We are most happy that we were given total freedom and in terms of makeup, styling and hair, we could run wild. That doesn’t happen very often. Neither Val nor Petr were afraid of colour and extravagance. For us, that was really something.” How did the experienced stylist like working with young Valerie? “She’s a beautiful young lady both inside and out. She enjoyed her fashion changes to the max and she always had the last word in terms of the final look,” says Davidovič, going on to add, “The song, music video and Val are at an international level. I can see a huge potential in her.”

But father Petr Vachler behind the camera and his daughter in front of it? That might not be an idyllic job at all. What does Valerie think about that, since she played in her father’s comedy Doblba! and the in-production film The Secret and Meaning of Life? “When we were making the video, a few people told my father it was interesting that we could get along like that and collaborate. My father replied, ‘Yeah, sure, it might look that way,’ but it wasn’t always like that, we also had a few arguments. My dad gives me a lot of freedom, it’s my music, but he also has to intervene at points. And since he’s my dad, it’s hard to take him seriously. We exchange views and we try to compromise.”

Petr Vachler is a jack of all trades, because apart from directing, he also helped with the costumes and Valerie’s overall look and he respected her wishes. He even went into such details as selecting hair accessories. Crime scene – Make-Up Institute Prague. Witness – director Markéta Davidovič. “We were still missing something for the outfit at the styling rehearsal. Suddenly, Petr Vachler saw a little Eiffel Tower on a shelf in the Institute that we had brought with us from Paris, and in a second, there it was on Valerie’s head. I have to admit that it gave a huge boost to the overall look.”

The video was shot over two days, decoration and lighting took three days, and all of this was preceded by dozens of hours of preparation and discussions with cameraman Jirka Studnička. Not only did makeup, styling, selecting extravagant costumes and dance choreography have to be tackled, but also the construction of a white room and the programming of a camera robot system. This, the only example of a unique motion control camera system in the Czech Republic was borrowed from the company Shotbox, which specializes in making product videos and ads. Petr Houdek worked with the equipment onstage. “Motion control is able to perform quick and precise movements that are not feasible with any other technology.” Houdek says. “We had two types of the equipment at our disposal in the video: a module on rails and a camera robot, an extremely quick, seven-hundred-kilogram arm. You have to take safety into account, because if someone doesn’t obey the rules, the arm begins to move and can just knock somebody down. In our case, everyone was well-disciplined.”

A great deal of work on the final shape of the video was also done by the image post-production branch of Pokrok Studio. Because the video was shot with a motion control system, you will not find a single static shot in it. Everything is in motion and when there was a need to retouch something, add individual figures, special effects, that was when Ondřej Lev and Tomáš Gaisler with their team stepped into.

For Gaisler, who already participated in preparations before shooting, the work on the “Stupid Doll” music video was interesting for several reasons. “Technologically, a lot of things were tried out in the video,” Gaisler says. “We worked with technology that you don’t get close to very often. It’s not a usual thing to work with a motion control system, so it was an opportunity to get the most out of it and in collaboration with Shotbox, that’s what happened. We were allowed to play around.” The unique camera robot was not just an obedient servant, so Gaisler brushed up on numbers apart from retouching. “My task right before shooting was to prepare eight audio tracks with Valerie’s entrances (Valerie’s eight different appearances), select the spacing and the right timing, because the camera equipment sets off and it’s not possible to move with it, it doesn’t ask. We used the motion control camera system for shooting the scenes by the sofa and on the pier in two studios and that was unique. Technologically, it works perfectly, but it doesn’t happen without preparation, because there is no time onstage. Valerie had two hours for each costume. We shot four girls a day. Whenever the shooting was over, Val had to go change or go to photoshoots into the third prepared studio. There was no time to be rash. For example, we had to make the marks correctly to know where to go onstage, so that there is no visual collision in the following overlay of all eight figures.”

One discovers right away how complicated the preparations must have been when making, for example, director Michel Gondry’s music video for Kylie Minogue’s “Come Into My World”, in which the famous Australian singer appears five times in the final shot. Valerie Vachlerová trumped her at the first attempt together with the makers of the video “Stupid Doll”, which contains four more figures (Vachlerová performed as herself and eight created figures).